We’ve been “rationalising” the cupboard under the stairs. It’s always an adventure (or maybe a trip down Memory Lane), especially as my other half has switched to eating low-carb since the last time we had a clearout. Finds include: 8 tins of tuna chunks (I don’t remember ever eating that stuff), 6 cans of baked beans that neither of us will touch, and a 2 kg bag of dried chickpeas. The chickpeas were a pandemic purchase—4 kg in total!—and I’m still working my way through the first bag. Still, it should go quicker now I’d discovered it’s really easy to cook them in a slow cooker. Dried chickpeas are also good for making falafels, although that needs more time and organisation.

This time round, we didn’t come across any grossly out of date tins. You know the kind I mean: they follow you through several house moves until one day, maybe, they explode. The oldest I’ve come across myself was around 12 years out of date. Can you beat that?

Just three books read and reviewed since my last post. I’ve been concentrating on SPSFC entries and haven’t yet found one that hits the spot for me. Still, out of 300 entries, there’s plenty of choice!

The Tango Medea by Stevie Hughes
Discrete Madame by Chelsea Quinn Yarbro
Menace of the Monster: Classic Tales of Creatures from Beyond, edited by Mike Ashley

Here’s a handful of tweet-sized stories I first posted in March.

The rogue gaped. “Wow. A giant egg.”
“Finally, breakfast.” The warrior hefted his axe.
“What if its parent comes back?”
“We run.” He cracked the shell.
The egg squawked. “Are you my mummy?”
“No!”
The emerging chick flexed a huge claw. “Oh, you must be food.”

“What codename did He assign you this time?”
“Hippopotamus.”
“Like… river horse? Better than mine.”
“Which is?”
“Stoneface,” she hisses. “So unoriginal. Anyway, let’s go terrorise some mortals.”
“Fun, fun.” Kelpie’s chuckle sounds like waves on the shore.

The rogue smirked. “When he insulted you, I thought your halo would slip.”
“I forgave him,” said the priest sanctimoniously.
“Yes, you even bought him a meal.”
“Charity is—”
“I noticed he’s been in the privy for some time.”
“Communing with nature is a worthy goal.” 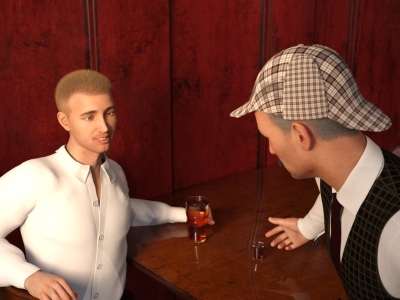 The detective set down their drinks. “I need a catchphrase.”
“Oh?” asked the rookie.
“A nod to one of my famous counterparts.”
“Such as?”
“The game’s afoot! How does that sound?”
“Not quite you, sir. Might I suggest…” The rookie smirked. “I have a cunning plan.”

“He thought he was funny.” Lyn sneered. “His practical jokes were lame.”
“Shh!” whispered Mae. “It’s a blessing he can’t hear you.”
“Yes I can,” said the casket. “Someone, please let me out!”
Mae frowned. “Did you hear something?”
Lyn shook her head. “Not a sound.”