It seems I spoke too soon in my last post, about not having a heatwave. I feel like I’ve been baking (or maybe stewing, depending on humidity) for the last couple of weeks. The temperature’s been around 27-30 Celsius. It feels worse in central London where I work, where all the concrete buildings radiate heat, even in shady areas.

Maybe you’re chuckling at my lack of heat tolerance, and quite probably you’re right. In years gone by, I have been known to go out in the snow in a T-shirt, to visit the ice cream van 😛 While I don’t relish cold weather, it’s always possible to put more clothes or blankets (assuming you’re not camping etc).

How about you? Do you do better in the heat or cold? How do you cope with temperature ranges you don’t enjoy?

Here are my latest reviews. You’ll probably spot that I’m looking into “golden age” mysteries and speculative fiction. So far, my explorations have introduced me to quite a few authors I hadn’t come across before. Potentially, their other works may be out of print. But on the other hand, some may be public domain and/or re-released in collections and anthologies.

The Modern Myths: Adventures in the Machinery of Popular Imagination by Philip Ball
The Studio Crime by Ianthe Jerrold
The Red Thumb Mark by R. Austin Freeman
The Science-Fantasy Megapack: 25 Classic Tales from Fantasy Adventures edited by Philip Harbottle

Here’s a bunch of Twitter #vss365 from the start of this year. For the images, I tried out a couple of new (to me) techniques. This time last year, I’d never have imagined myself watching instructional videos on graphic design!

“Ugh, I don’t feel so good,” croaked Tad.
Freddie glanced at him sideways. “How come?”
“Butterfly in my stomach.”
“Huh. Didn’t Uncle Kermit tell you to avoid the brightly coloured ones?”

You sip, let the single malt run down your throat. “Ah, such sweet nectar.”
I chuckle. “Such pretentious words.”
Your lip curls. “The exquisite taste deserves them.”
I shrug. “Hey, it masked the poison.”
Whisky sprays the wall.
I smirk. “Fooled ya.”

Panting, he shoved a sofa against the door with his foot. He lumbered to the window and flailed at its latch.
Shrieks outside gave way to cheers. “Elephant gun!”
Oh, crap. Attending the Adventuring Guild’s party in a velociraptor suit had been a really bad idea.

Next, the ogre whipped out a pair of glasses and perched them on his nose.
Sweating in the cauldron, his captive tried to laugh. “What’s that for? To indicate your meek and mild alter ego?”
“No,” grunted the ogre. “It’s to help me read the recipe.” 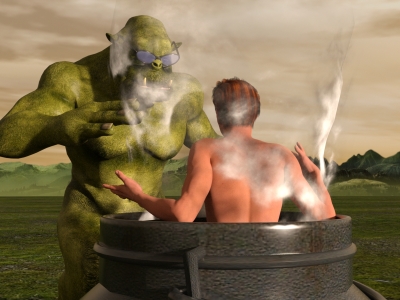 In his hi-tech lair, he chuckled. “All those dirty little secrets. Such fun to see them squirm. Only The Shadow knows… for now.”
“Plus his cloud-based ultrasecure backup system!” blasted a cheerful voice. “Subscribe now and get a special introductory offer…” 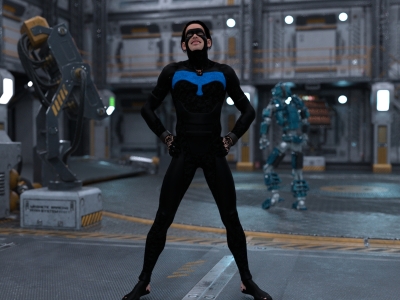 That’s all from me for now. I hope you’re keeping well, wherever you are, and whatever you’re up to. See you again, soon! 🙂