It’s pantomime season again. Ohhh, yes it is! A few days ago, we went to The Nativity Panto performed by Charles Court Opera. I’m not going to write a review, other than to say it was excellent fun with superb singing. If you have the chance, book yourself tickets—the panto runs until 11 January. Be prepared to do a lot of shouting and singing, and have a load of fun!

Kindred Crimes by Janet Dawson
All That Remains: A Life in Death by Sue Black
Mrs Pargeter’s Public Relations by Simon Brett
The King’s Evil by Edward Marston
Glass and Gardens: Solarpunk Winters, an anthology edited by Sarena Ulibarri

And now for some very short stories. As usual, they are selected from #vss365 I’ve previously posted on Twitter. These ones are all from August.

The barman wiped the counter. “New here?”
“Aye,” slurred the stranger.
“What’s yer job?”
“I’m a djinn.” He waved an arm. “I do everything.”
“Sure. And I’m the Empress of India.”
“Alakabam!”
The barman scowled down at her black dress. “We are not amused.”

Image by Clker-Free-Vector-Images from Pixabay

“It’s unfair!” he raged. “I slew the dragon, but Sir Bruce claimed the glory.”
His mother swirled a flask. “And the princess too?”
“Yes!”
“She said she’d never marry.”
“Sure, that’s why—”
“Somebody once trained her in poison lore.” She inspected a tiny jar.

Max limped from the blazing castle, bloody stake in hand. “Stubborn to the last. But now truly dead!”
The villagers cheered.
“Will you be our headman?” asked a man with a scythe.
“If you wish.”
“Aye!” they shouted.
“So be it.” He smiled, embers glowing behind his eyes.

Club in hand, he peered at the sign. “B-a-n-k. Can’t imagine good pickings here.”
His mate frowned. “Didn’t they used to hand out paper and metal discs?”
He grunted. “Yeah. For fire starting? Slingshot ammo? Let’s see.”
Together, they picked their way into the ruins.

Oars creaked as his skiff reached open water, tangled nets by his feet. Nobody ever questioned why they remained dry, nor the sunken treasures he found.
The merchild waved a tarnished ring. “Wotcha got?”
He held up a lurid laminated page. “1968 Beano. Deal?”
“Deal!”

Image by Mike Goad from Pixabay

In his tower haven, he smirked at the rioters below. Even if they breached the gates, every staircase had a different booby trap. Made by the best: Daedalus.
Scraping noises came from the battlements.
Grappling hooks!
He glared at one. It was inscribed with a “D.” 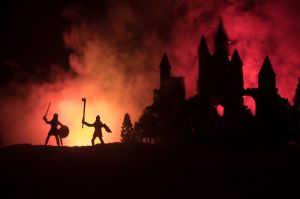 Behind me, the queue muttered. The stallholder glared.
“It’s in here somewhere…” I plunged my arm deeper into my belt pouch.
I yanked out a battle staff. Everyone stepped back. Bedroll. Clean underwear. No money!
My cheeks burned. Dratted knockoff Bag of Holding. 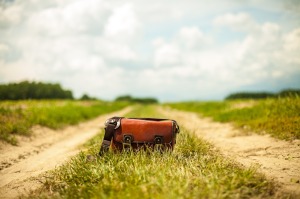 Image by SplitShire from Pixabay

That’s all for now. Have a great festive season, wherever you are, and however you decide to celebrate it (or not). 😊