I’ve been on holiday this week, with the luxury of not booking to go on any trips. My only major outing was a day spent in Central London at a flash fiction workshop run by Christopher Allen and Helen Rye of Smokelong Quarterly. I had a great time, met lots of interesting people and came away with a head overflowing with new ideas for stories.

The rest of the week hasn’t been quite so productive, as I am trying to get a chunk of my next project written. In contrast to the steampunk/mannerpunk adventure feel of my A Quiet Rebellion books (which, incidentally, are free or discounted in the Smashwords July sale), my new project is a science fiction murder mystery in a world with advanced biotechnology. At least, that’s what it looks like right now: who knows what it will evolve into?

Here are a few of my recent Twitter very short stories. Remember, you can read a lot more stories on Twitter by searching the hashtag #vss365.

Under the natives’ curious eyes, he sniffed the lurid brew.
Best not to offend them. He sipped cautiously then smacked his lips. “A robust effervescence with a unique tang. Is there a secret ingredient?”
The barman laughed. “Girders.”

The packed courtroom was abuzz.
“… detherve prithon.”
That voice! The defendant kept his face demure. His thoughts raced. He’d only stumbled on the scene. How could he locate the REAL criminal in this crowd?
The judge’s eyelid twitched. A wink? “We thee before uth…” 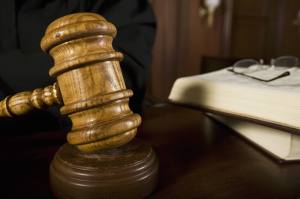 At the cliff-edge, James turned. “I outwrestled you earlier. Sabotaged the robot. Seduced your—”
“Enough!” Marko snarled. “Much as I’d like to reminisce, it’s time for you to die.”
James waved the pickpocketed remote control. “No.”
The robot’s footsteps shook the ground. 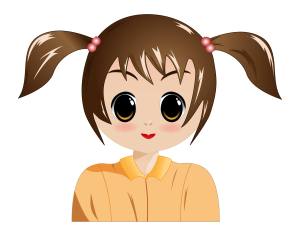 “Seriously?” He spat out the dust of battle. “A reconciliation?”
“Brotherly love and all that. Here.”
The flask was smeared with his enemy’s blood. He swigged. “Far too late for that, Teo.”
“Right as always, Poly. The water’s poisoned.”
“I know. So was my knife.”

Note: I maybe picked a rather obscure reference for this piece. The two brothers I’m thinking of are Polynices and Eteocles. Their father, (ex-King) Oedipus, was expelled from Thebes following the discovery that he’d killed his father and married his mother. The two brothers were supposed to share the reign over Thebes. But as so often happens in Greek tragedy, they went to war instead, finally killing each other. The story is told in a play by Aeschylus called Seven Against Thebes. Additionally, if you’re seeking an introduction to Greek mythology, I can recommend Greek Myth Comix as a site worth visiting.

His leg ached. He’d once been a renowned scientist. Now his life was past its zenith. No point carrying on like this. He fingered the pills in his pocket.
Then he limped towards the kids in the park.
The rejuvenation machine sat in his basement. Time to feed it again.

In the depths of the tunnel, the lead explorer’s torch lit up unexpected greenery.
“And here are… aphotic plants? Fascinating. Document this thoroughly.”
The film crew set up tripods. Bright beams pierced the gloom.
The delighted plants grew. And grew.
And grew.

Image by Michael Gaida from Pixabay

That’s all for now. If you have any little stories you’d like to share, based on the prompts above (or riffs on a theme), feel free to post them below!