March was a pretty busy month for me—three conferences and an academic writing deadline—but I managed to keep up with all the Twitter #vss365 prompts in a timely fashion. For this post, in addition to a few very short stories,I’m sharing some thoughts on how I create them. Bear in mind I’m pretty new to the game (only started in January this year), so these are relatively early impressions.

New to #vss365? Suggestions on how to play

If you’d like to participate in #vss365 but aren’t too sure how to come up with a story from the prompt word, here are some ideas to get you started. There’s a new prompt word every day—chosen by that month’s host—so my suggestions below have to be quite general. Obviously, do what works for you!

I usually find an appealing (to me) story by using the steps above, but sometimes I add in a bit of randomisation. A while ago, when I was looking into solo RPGs, I got a deck of GameMaster’s Apprentice cards. They’re created by Larcenous Designs and decks of different themes (SF, horror, steampunk etc) are available from DriveThruRPG, both electronically and as physical cards. I’m not affiliated with the designer or anything. I just find his cards useful for brainstorming ideas. Using randomiser cards also reduces my tendency to reuse the same ideas for stories.

Just remember there aren’t “rules” to the game, and it’s not a competition. My own preference is to include the conventional story elements of setting, character, conflict/challenge and some kind of resolution, but it doesn’t always work out that way. If you feel inspired to write a poem, joke, acrostic, description, vignette, anecdote or anything else—go ahead!

On we go to a few stories. Images this time are mainly from StockUnlimited.

The Safety Officer pushed towards an escape pod as the siren blared. “Out the way!”

“You’re not supposed to leave first,” argued the mate.

He drew his blaster. “Says who?”

Once the pod had ejected, the crew celebrated with a drink. 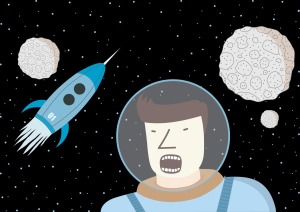 “Damn!” He’d lost himself in cooking and forgotten his other preparations. Time to improvise. He rushed past the table to the door.

“Ken, darling, if I’d known this was a toga party, I’d have dressed for the occasion. Er… where’s the tablecloth?”

He touches the ring in his pocket. Surrounded by his beloved Alpine flowers, she’ll overlook the valley as he kneels.

But on the way she sniffles, watery-eyed.

Has he misread her? He locks his feelings away. “What’s wrong?”

She blarts into a hankie. “Hayfever.”

On leaving the ice cream parlour, he grinned. For once, a date had gone well. She’d spent the time giggling. Learning “The World’s 200 Funniest Jokes” had been worth the effort.

When he arrived home, the hallway mirror revealed streaks of chocolate syrup down his tie.

An acrid odour permeated the museum. Using a silk cloth, he polished the display cabinet’s glass. He frowned. The neatly pinned exhibits were in disarray, and that ugly crumpled egg-case didn’t belong.

The lights flickered, as if obscured by the beat of giant wings.

The squeak of chalk on slates halted when the boy dashed in. “She’s coming! Soon! I called her!”

The tutor scowled. Friday’s mythology class had addled the child’s wits. And such manners! “Who’s she, the cat’s mother?”

“Yes!” He beamed as the manticore materialised.

The instructor’s voice rose. “Precision! This must be correct if you wish to be the epitome of your profession.”

Jim’s arm shook as he held the awkward angle.

The session ended. Jim sighed with relief and dropped his cosh. 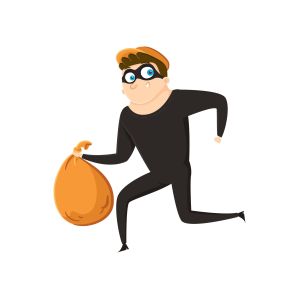 How do you come up with stories from prompts? Or even more generally? I’d love to see your tips and suggestions—please feel free to comment below.