Here’s another week’s worth of very short stories. The first five have a theme of heteronym. Images are from Wikimedia and Pixabay.

Feet scuffed the pavement. She darted into the close, padding past torn food wrappers.
Something growled. Panting, she speeded up.
There! A closed door beckoned. She raced for it.
As pursuit closed in, she hurled herself through the swinging flap.
Rex halted. Damn cats. 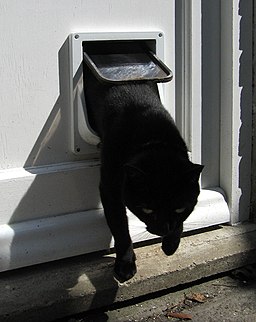 He frowned in the mirror. “I look like a convict in this outfit.”
“It’s ideal for the gala.”
“But—”
“Stand by your convictions. Remember when we first met?”
“Yes?”
“You told me my taste was infallible.” She smirked. “I disagreed, but you insisted.”
He subsided. Caught. 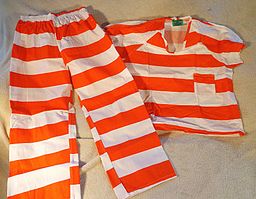 The captive stared at the blades. “I’m still deciding.”
Tony ‘Last Request’ Lee smirked. “No matter how long you deliberate, you’ll end up the same way. Why delay the inevitable?”
“It’s deliberate, for sure. To give my rescuers time.”
The cellar door crashed open.

This pic is from Alexas_Fotos on Pixabay

He regarded his plate. “You don’t have to desert me.”
“Stop it!” she hissed.
The other diners stared.
His voice grew melodious. “I’m bereft, my heart a desert of—”
“Enough!” She threw down her napkin.
The judge agreed later that bad poetry was ample grounds for divorce.

“‘Me and you will rob the bank’? Who taught you gram—” The laugh died on his lips.
His glaring companion hefted his bludgeon. “Perhaps, Smartypants, you could enlighten me?”
He could hardly object now. “Uh, pronouns might be used for the subject or object…”

“Avoid tunnels. Can’t have some rando getting you.” At his smirk, she’d smiled uneasily.
Now he followed her. Metal glinted in his hand.
Desperate, she ran into a tunnel. Feet thudded behind her.
Silence.
She emerged unharmed, panting.
The tunnel troll stifled a burp. 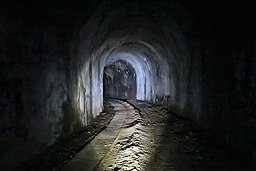 I hope you’ve enjoyed these little stories. I’ll be back with more next week.